I started out with 4 x 1Tb older Samsung drives (HD103UJ & HD103SJ). These are in SHR2/BTRFS array (enabled SHR for DS3615xs). This setup hasn't had any issues and I intended to expand the array with other 1Tb drives, but I decided to go with bigger drives since I had the chance to do so. So I added a 3Tb WD Red and started expanding the volume. The main goal was to replace the 1Tb drives one by one with 3Tb drives and have 5x 3Tb WD Reds in the end.

I shut the server down and no new data has been written on the array since this issue.

Yesterday I finally had time to do something about this, so I removed the disk, emptied everything on the disk and re-inserted it in the XPEnology server.

I also changed the SATA-cable and power cable for the disk.

Repair was successful like the array expansion before and so was the consistency check. After this had finished, I started the RAID scrub.

Even the scrub went through just fine at 3:28:01 and then it did just about the same as when I was expanding the array. Disk restarted due to "unknown error", volumes degraded and the disk 5 was inserted and removed from the array. 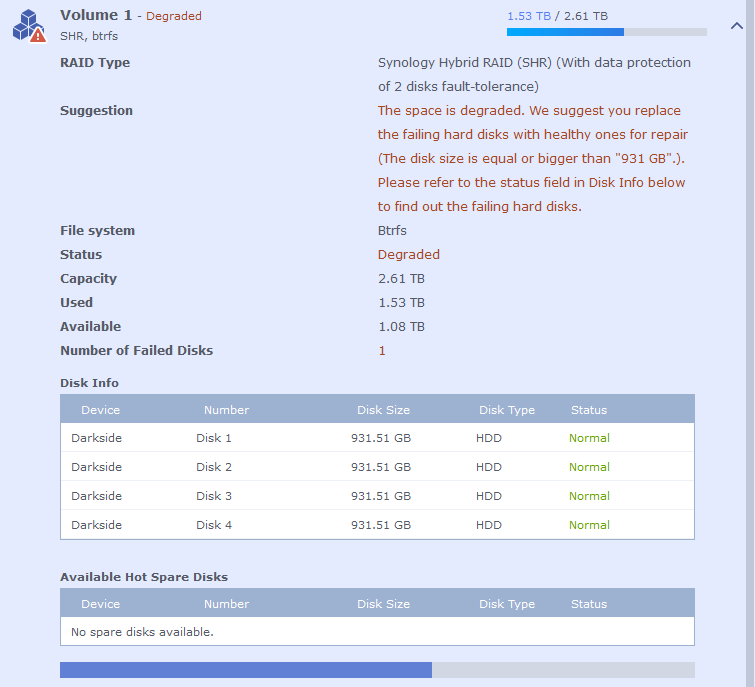 This is the situation now along with: 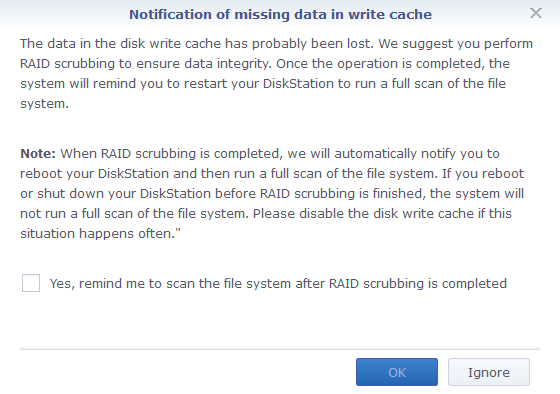 Next step is of course to run diagnostics on that WD Red, but for some reason I don't think it's the disk that is causing this issue. I also have a few other WD Reds which I could be able to try out, but I'd need to empty them first.

If you have some inkling on what could be causing this, It'd be appreciated.