I've been setting up my XPEnology for the past few weeks and noticed that my write speeds went down horribly after enabling SSD-cache.

The transfer starts out at about 1GByte/s (not bit) but goes down all the way to 30MB/s or even lower write speeds, read speeds are fine though.

After trying some diffrent settings and also making a RAID 0,1,5 and basic RAID setup the speed still seemed to stay really poor,..

I blamed the network settings at first but noticed my raid5 3 HDD setup manages to keep a steady 500-600MB/s (Bytes not Bits) while transfering from my pc to the XPEnology.

Copying a large file from one SSD to another gave me the same poor performance.

I've tried a different ssd, port, cable and controller so far but nothing seems to help.

Booting up Windows and benchmarking the SSD with Crystal Disk Mark gave me about 550/500 Read/Write on both SSDs.

I have come across a couple of seemingly similar cases but these were unsolved or different causes (like SMB and networksettings).

Does anyone have a tip for me to try out or could give me some advice? 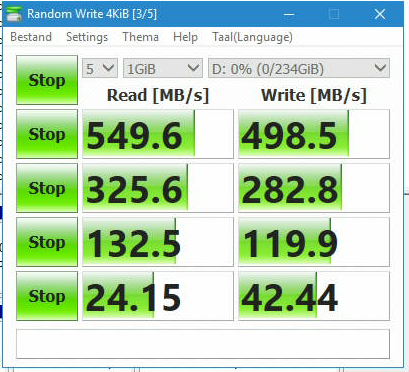 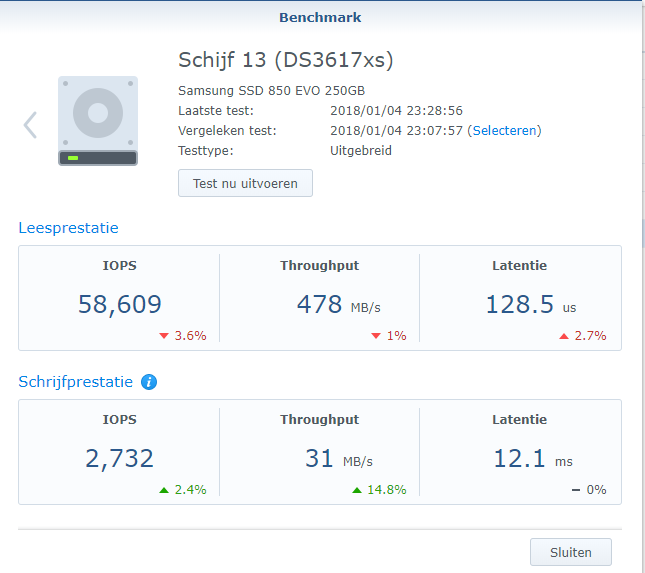 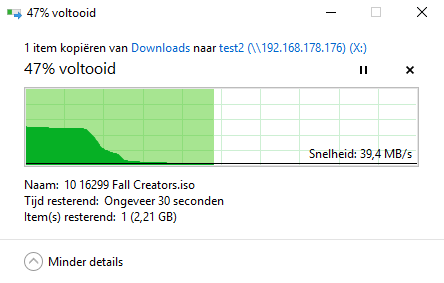 10 answers to this question