My Nas not appear in network location

I don't know why my nas not appear at Network locations section of "This Computer", I can add my Nas shared folder as network drives normaly, but my Nas Icon not appear, take a look at this image to see what icon I talk about: 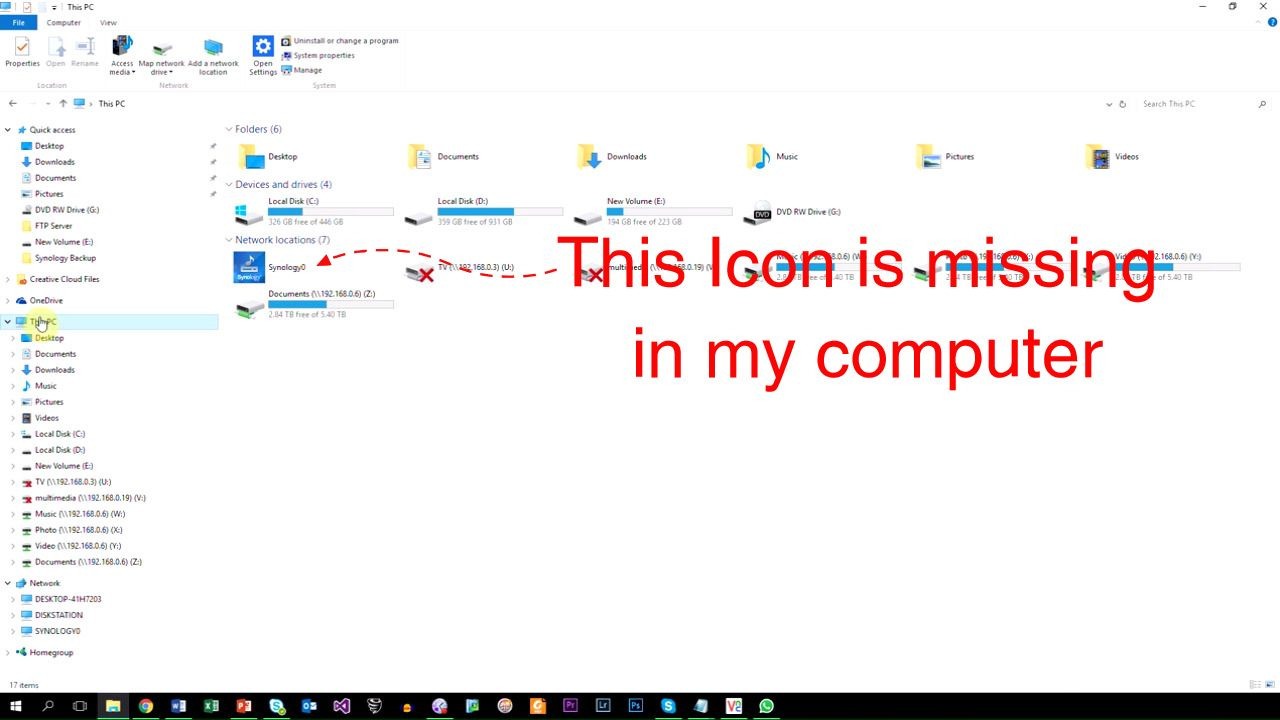 13 answers to this question