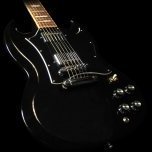 Wondered if anyone could recommend a bootable (USB preferably) cloning tool that works for Synology disks please?

Free please.. There are plenty out there..

One of my Syno boxes has 4 disks and only 4 SATA ports - so no option to add another disk in and move stuff to the new drive..

I wanted to replace a 250GB SSD with a 500GB SSD - without having to reinstall anything..

Anyone tried Clonezilla to clone a Synology disk (or do you have a recommendation)?

It needs to be able to scale to bigger drives.