I use Synology NAS for some time now (around 5 years?) when my work place decided to purchase some to store some trials data. Since them I was always interested in having one, but the price was kinda of prohibitive (considering a home use). Some weeks ago my job gave me some "old" computers and I decided to play with it, so I could see what DSM would offer for my needs and I really enjoyed! So I decided to move forward and build my own, with some nicer specs, to be future proof (for the next 5-6 years or so). This is the list that I came after doing some research: 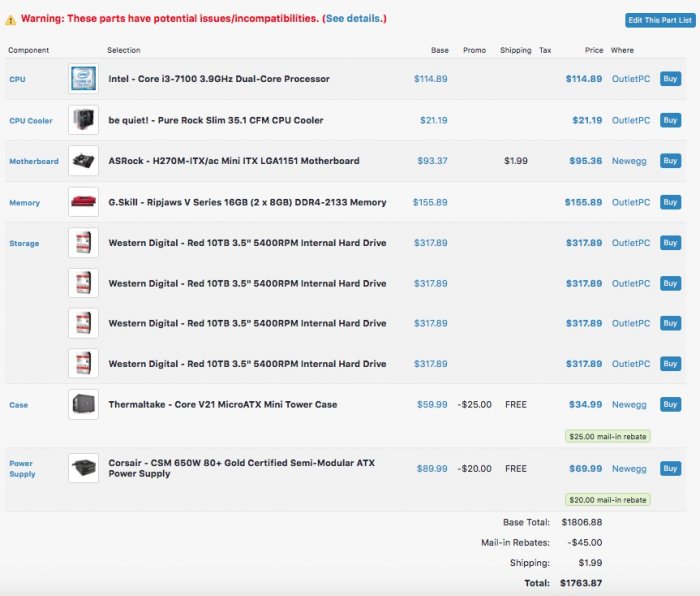 I was able to get the WD Reds for $100 a piece in addition to an lightly used PSU that it`s modular. Would you guys suggest replacing any of the parts to cheaper or better function ones? I like this MOBO due to the fact that is has 2 gb ethernet ports and 6 sata III connectors. I tried to get some new hardware, but on the "cheap" side, that would be reliable for some years down the road. My main use would be similar to  a lot of users: Plex as media server, computer backups, pictures backup, personal cloud to access out of home.

Thanks for the help!

2 answers to this question